In 2017, Funhouse Lounge presented its first original work of its kind, Die Hard the Musical Parody. It was a live stage version of the 1988 Willis/Rickman action classic, re-imagined as a musical. During its 3-year sold out run, it became a holiday tradition for many who came to see it.

Given all that we’ve already lost this year, the thought of doing without this simple pleasure seems unfair. So, for all of you who’ve seen it, some faithfully year after year, and to all of you sitting there now asking “how have I never heard of this?”, we are happy to announce its return for the 2020 holiday season.

The 2019 performance was recorded live and will be available to view streaming Christmas weekend.  Showtimes are December 24th, 25th and 26th at 7pm, as well as a Sunday matinee on the 27th at 2pm.

So, treat yourself to a present you deserve after a long hard year. Gather your podmates around the TV, or bundle up and mask with them at the big screen in the back yard.  Make your favorite hot drink, remembering that the drunker you are the funnier we are.

Welcome to the party, pal! 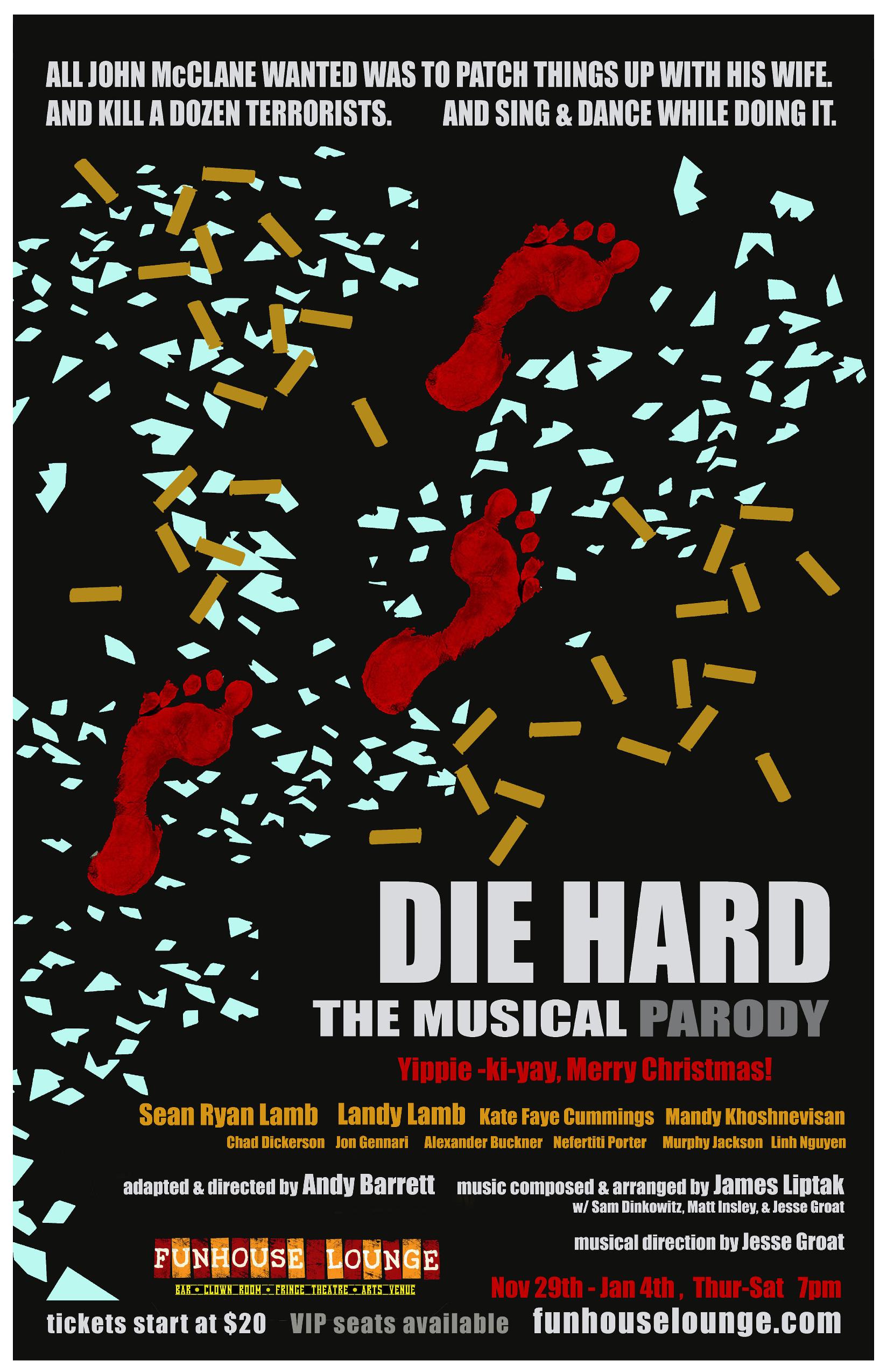