Get ready for a night of song, dance, humor, and bitchy live performances from Portland’s Furriest Singers, as the BROADWAY BEARS, debut their new concert at the Funhouse Lounge on May 19, 2019! Titled “SHOWBEARS,” the BROADWAY BEARS will perform campy backstage songs from the musical realm of stage and screen, from delirious comedy to delicious drama, in their trademark entertaining way… complete with furry faces! And this time, they’ve got some special friends from Portland’s performing elite to get down with!

Tickets are $10 in advance from brownpapertickets.com or $15 at the door ($10 for seniors or students), with special reserved booth tickets also available.

The members of the BROADWAY BEARS have decades of stage experience encompassing theatrical, choral, opera, television, film, and teaching arenas. BROADWAY BEARS was co-founded in mid-2011 by Andy Mangels, and the group has performed charitable concerts and at local events in 2012-2019, including a popular and bravura opening concert at the 20th anniversary of Peacock in the Park at Washington Park Amphitheatre. 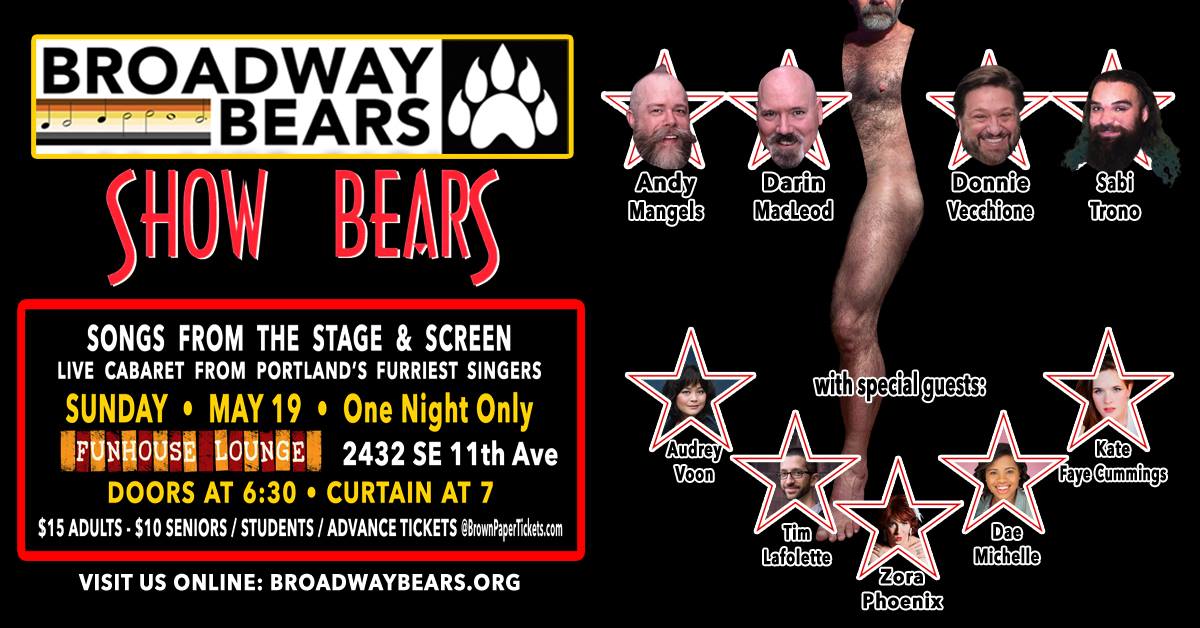 Join us TONIGHT, 8:00pm on our FB page for Domprov

Happy Mother’s Day from our Funhouse family to y

This error message is only visible to WordPress admins