The Cabaret at the End of the World

Ashland-based comedy troupe Puppeteers for Fears will return to Portland after a three-year absence to perform a new original show, The Cabaret at the End of the World, in a two-night run at The Funhouse Lounge.

The show will be a Vaudeville-style collection of original songs, dance numbers, and skits performed with hand-and-rod (Muppet style) puppets and a live band—as well as with PFF’s special brand of over-the-top horror and science fiction comedy.

“This show is exactly what the name implies,” says company director and playwright, Josh Gross. “The puppets are trying to hold off the end of the world by fighting despair with jokes and songs—which is a feeling a lot of us can relate to after the last several years.”

Pieces to be performed include ghosts narrating graverobbing in song, lullabies for a noisy werewolf, rap battles between web-connected smart appliances, family drama amongst aliens, the puppet comedy roast of William Shakespeare, and more. To fully embrace the variety show format, the play will even include original live commercial jingles.

“It will be a fast and funny show,” says Gross. “There is a special energy to this piece.”

Because of inability to perform during the Covid-19 pandemic, this will be Puppeteers for Fears’ first show since summer 2019.

“When Covid happened in 2020, and things started shutting down, it was immediately clear we would be one of the last things to come back,” says the company’s Artistic Director Josh Gross. “Between traveling around and the game of Twister behind the puppet house, there was no way to do it safely until everything stabilized.”

Now that PFF is back in action, it is eager to not waste time. For its debut, The Cabaret at the End of the World, will be performed at a seven-date tour around the state of Oregon, and the company hopes to stage a broader regional tour in spring.

“Everyone is ready,” says Gross. “We all need to laugh.”

Complete dates and times for the current tour are below.

The Cabaret at the End of the World will run 90-120 minutes, and include R-rated content. It was directed by longtime PFF performers, Alyssa Matthews and Katy Curtis, and stars Forest Gilpin, Jake Raiter, Hunter Prutch, and Alyssa Matthews, with music performed live by The Elephant—who will also open the show with a set of their original material. More information about the company is available at PuppeteersForFears.com, and in the short documentary, Something Different, viewable here → Tongal Short Docs – Puppeteers For Fears 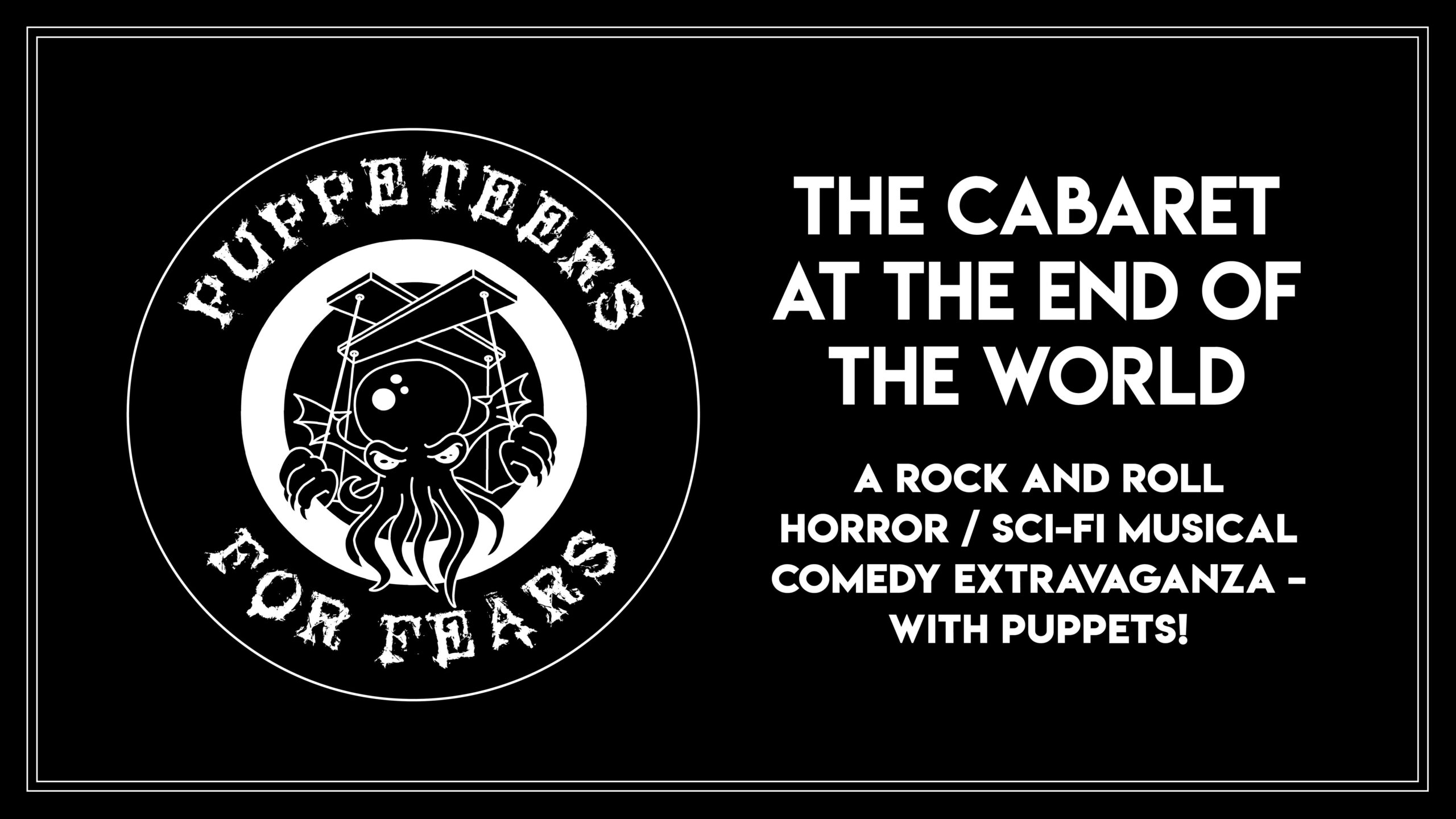